Bodybuilding Gloves or No Gloves 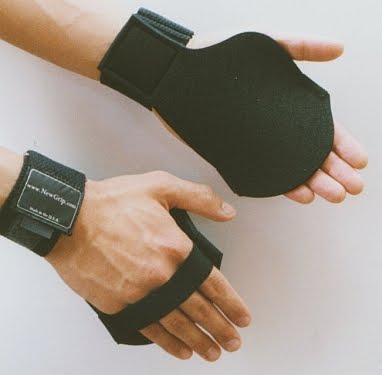 Gloves are showing up everywhere nowadays. You even see old guys wearing them in the library and even homeless people sport grip style gloves. Not sure if you need them for reading a paper or just getting around town. However, for sports specific use, they are predominant. Some football players swear by them. Not only do the gridiron guys have gloves, they also distinguish them by position (lineman’s gloves are different than receivers, etc.). Baseball players have long employed gloves, and so too do golfers.

Bodybuilders are glove users also. Some use them and some don't. If you look around in your gym, you will see some guys with gloves on and just about as many without them. And some guys use them part of the time, and take them off at other times. For instance, a fellow may use gloves for pressing movements but take them off for chinning movements.

So, do gloves give you an advantage? There are a few different factors to consider. Some guys use gloves to get a better grip on the bar. And that is a plus factor. Others may use gloves to protect their hands from being torn, bleeding. Or developing callouses. However, others forego gloves for those very same reasons – they want tough hands, and there is no way quicker to get tough hands than by letting the weights pound them. If you don’t use gloves you do quickly develop calluses, and these calluses can help you power through other grip tasks as well since your hands are already tough.

There is another aspect that gloves provide to the physique. If you use really thick gloves, they actually work the forearm muscles more than if you were just using your bare hands. The principle is that thickness requires more squeezing action. A fat bar is tougher to lift and works the forearm more than a standard size bar, and gloves mimic this effect to some degree.

There is a psychological aspect to using gloves as well. Some people believe that the perform better while wearing gloves, and may put out more intensity due to that very belief. Others simply do not care and place no importance on using gloves.

Since the use of gloves is so finely divided, and gloves have been part of the bodybuilding scene for so long, you simply have to try them out for yourself to find out if they are a plus factor to your own workouts.