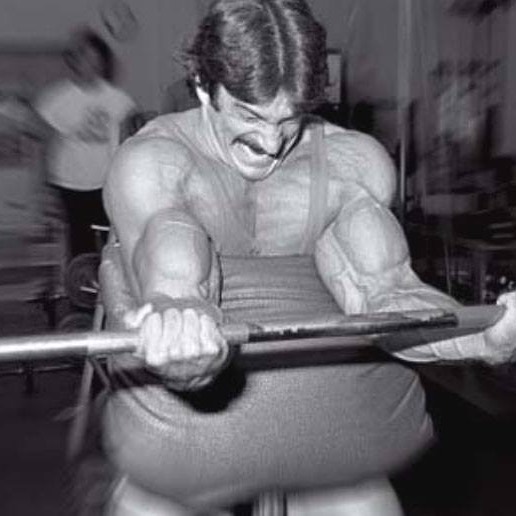 I have been reading a lot about Mike Mentzer online and his training theories are interesting, but people are also saying he was crazy and it's all bullshit and that he trained like everyone else, 2 hours a day six days a week. Was he crazy or was he actually a Genius?

Re: Was Mike Mentzer Crazy?

Mike Mentzer was a highly intelligent man who while he did train using the volume approach early in his life he questioned if it was really the way to get best results in bodybuilding. After meeting Casey Viator and Arthur Jones, Mike started using high intensity training also known as HIT and found he got better results using only 3 to 5 head sets a body part than he did when he used 20 sets per muscle group. He continued to experiment and called his own version of HIT - Heavy Duty training.

Before the early to mid 1980's Mike showed no signs of being crazy, maybe a little eccentric but nothing anyone would consider certifiable. In 1979 Mike made the mistake of taking amphetamines to keep up with his hectic lifestyle, while on them he was active all day and literally sleeping only 5 hours a night. It seems he got addicted to stimulants, and some say this lead to him actually doing meth, sadly chronic use of these drugs caused him to have acute episodes of psychosis, which is a known side effect. There are many stories of him doing crazy things like running through the streets naked; trying to direct traffic; predicting the end of the world; looking out for alien ships to land. I don't know which of these stories are true and which ones aren't, but it is true that he was arrested by the police and institutionalized several times over a period of five years between 1985 up until 1990, he was finally able to get off the amphetamines and started a very successful personal training and consulting business.

When I met him in 1999, he was very intelligent and quite lucid. His early death in 2001 was most likely due to his family history of cardiovascular disease, and the damage that his years of drug abuse cause him.

Now while it is true that drug abuse caused him to act crazy for short periods of time, this doesn't mean that all his theories were wrong, most of the times he researched and wrote about Heavy Duty training was when he was not on drugs. The best thing to for you to do is to read as many of Mentzer's books and articles as you can, watch his workout video (I still have some copies of it at https://www.trulyhuge.com/Mike_Mentzer_HIT_Video.htm) and experiment with it and find the version of it that works for you.

I also was a student of Mike's and was even personally trained in the gym by him, many consider me an expert on Mike Mentzer's Heavy Duty method. So if you have any questions feel free to email me info@trulyhuge.com or call me at 1-503-648-1898