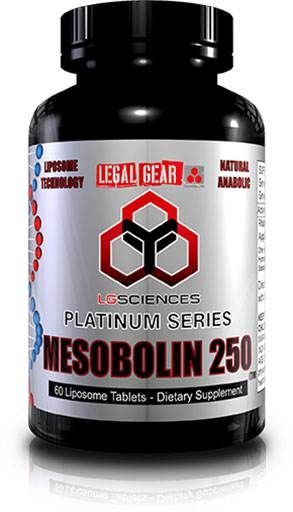 Mesobolin is the combination of two Russian and two Hungarian herbal anabolic agents So this stuff is the real deal!

If you want to get both extremely lean and extremely big then read this article and youll be amazed at the anabolic properties of a new compound that promises to reshape Supplement Research for the next 50 years. No kidding and when you learn why, youll fully understand the magnitude of this new breakthrough!

The Siberian Winter And The Muscle Discovery

The first thing that you need to understand, and its something all scientists understand is observation is the foundation of all science. In other words, its your own eyeballs that are more involved in scientific breakthroughs than all the test tubes and labs in the world.

And, not surprisingly, the anabolic agent youre about to discover was the product of observation back in the 1940s by Soviet scientists who were studying deer in the Siberian wilderness. Anyway, they noticed that the baby deer were attracted to eating one specific herb called the Leuzea (Rhaponticum) over all others.

Now, these baby deer were highly vulnerable to predators like Siberian Tigers and had to escape these predators to survive. The observers began noting that in this particular group of deer, they did to an extreme degree. They then considered the possibility that something in these region specific herbs made their muscles stronger and faster to help them escape!

And it was from this very observation that scientists were able to discover anabolic agents called ecdysterones!

In fact, in highly controlled studies done in the Soviet Union, scientists discovered that ecdysterones caused muscle growth through the same mechanism of action as prescription anabolic steroids (increased messenger Ribonucleic Acid activity) so this is potent stuff if you take enough!

Anyway, thats been the big beef with this classification of non-hormonal anabolics people dont take enough because virtually every company who marketed and sold these compounds put ridiculously low doses of the ecdysterone in each pill. So of course they dont work unless you take half a bottle a day!

Another very cool thing about Mesobolin is it contains very high doses of methoxy-isoflavone and iproflavone, which are actually non-hormonal anabolics in some parts of Europe! And like the ecdysterones, they are very anabolic in high enough doses and just by themselves can exert powerful anabolic effects!

Scientists also believe these compounds are able to stop calcium leakage from the muscle during exercise which keeps muscles in a much, much more anabolic environment. And this cant be said enough, calcium imbalance (just like PH balance) has a huge impact on protein metabolism. And, once again, these two compounds are non-hormonal which is always, always the best way to induce protein anabolism.

Oh, and one more thing! You must hit the protein, hard and heavy on Mesobolin because it's formulated to literally gobble up base protein amounts due to the increased manufacturing of muscle. And to fuel this anabolic fire, you'll need to keep dumping more protein in the Mesobolin furnace.

Where to Buy Mesobolin For Sale?

Sadly Mesobolin is longer available. But you can still get an ecdysterone supplement that is just as good if not better, checkout Ecdy-Bolin.