Get maximum results from your training with the new...

Bio-Engineered Protein is a synergistic protein complex which is an ideal blend of ten proven and highly effective bodybuilding protein sources with added Branched Chain Amino Acids and L-Glutamine.

For more information go to: https://www.trulyhuge.com/bio-engineered-protein.html 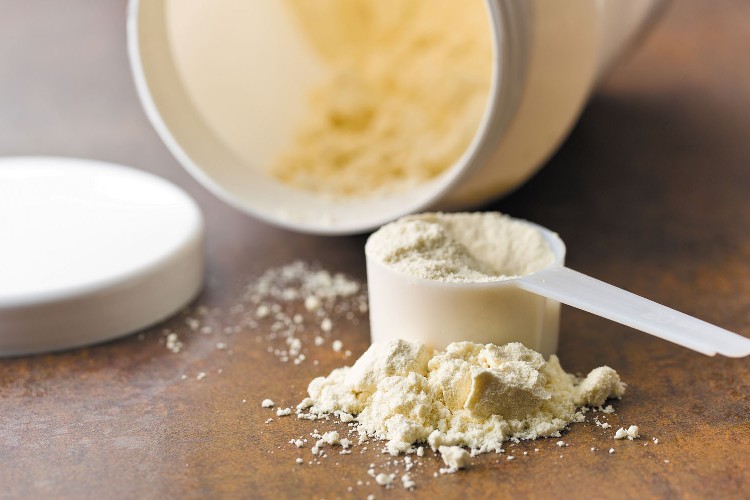 Bodybuilders and strength athletes know that protein is important because it delivers the amino acids we need to repair and build our muscles in response to intense training. One of the best ways to take in all the protein we need is through the use of supplements, both because they are convenient and because they supply benefits that normal food does not.

At least, that’s the common line of thought among hardcore gym-goers.

Sometimes, though, it’s not enough to take advice from your gym buddies, and you need to hear it from a more authoritative voice: science.

So, what do scientific studies REALLY say about protein?

The first (and most important) question we need to answer with regard to protein supplementation is, can it help with your health and fitness goals?

The answer is an unqualified YES, and there are dozens of research studies that lend support to that conclusion. Here are the results of just a few:

The list could go on and on, but you get the idea: protein supplements work!

OK, so science tells us that protein can help with muscle growth and exercise performance, but just how safe is it? After all, we hear stories just about every week about how high-protein diets might harm your kidneys or heart, or even cause your bones to lose mass.

So, what’s the scoop?

In 2015, scientists from the University of Connecticut reported on a study of 208 older women who consumed either 45 grams of whey protein or a placebo every day for 18 months.

With that much protein taken by that many older women over that period of time, you might expect some negative effects to manifest, but that was not the case.

Even though many older women are prone to osteoporosis, the researchers found no differences between the protein and placebo groups in terms of change to spine bone mass during the study.

And, while the protein users showed elevated urea levels, the scientists reported no difference in renal function between the two groups.

The real kicker is that IGF-1, an anabolic hormone, was elevated in the protein group, and those women also GAINED lean mass during the study.

Protein is essential to proper body function, and it’s especially important for hard-training athletes trying to gain muscle and strength.

The good news is that science backs up what bodybuilders have known for years, namely that protein supplements are safe and effective additions to most strength-training programs.

Of course, you should always talk to your doctor about any dietary changes, but if you’re not getting enough good, quality protein on a daily basis, it’s time to rethink your eating plan.