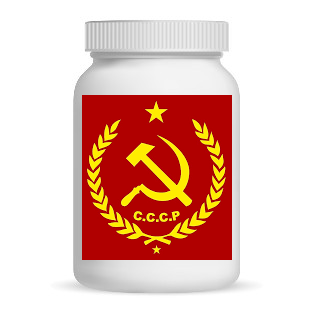 What is Russian Leuzea?

Russian Leuzea (Rhaponticum Carthamoides) also known as Maral Root is a traditional medicinal herb from Russia, used for it's tonic and adaptogenic benefits.

Russian Leuzea was first discovered when it was observed that maral deer had restored strength and vitality after eating it.

Research discovered it to be high in antioxidants (substances that helps inhibit oxidation in living organism) and ecdysteroids (a plant sterol that seems to have an anabolic effect in animals and humans).

In the USSR, Soviet scientists used Russian Leuzea in 1940s World War Two era to enhance their soldiers endurance and strength. After the World War Two was over they used it to help their athletes dominate in Olympic sports such as weightlifting.

After the collapse of the Soviet Union, Russian Leuzea finally came to the USA and was used in bodybuilding and sports supplements to help build muscle mass and enhance athletic performance.

Continued research into Russian Leuzea shows in has many benefits what may possibly enhance health, fitness, bodybuilding and sports, such as:

The ecdysteroids found in Russian Leuzea have been founds to help increase muscle mass, decrease body fat, increase strength and endurance in athletes. (1) (2)

The N-feruloylserotonins found in Russian Leuzea may help reduce stress. (4)

The Alpha-amyrin in Russian Leuzea may help improve wound healing. (8)

Russian Leuzea has a very low toxciity and is safe even at high doses. (9)

"Russian Leuzea is one of the most beneficial bodybuilding supplements I have ever taken. I take a capsule twice a day with my protein shakes, it really helps reduce muscle fatigue during my training, so I have more energy, power and stamina along with faster post workout recovery. it has helped me build muscle and lose fat, I am now the biggest and leanest I've ever been in my whole life!"

Where To Buy Russian Leuzea?

To get the most top quality product Click Here For Ecdy-Bolin Russian Leuzea Bodybuilding Supplement.