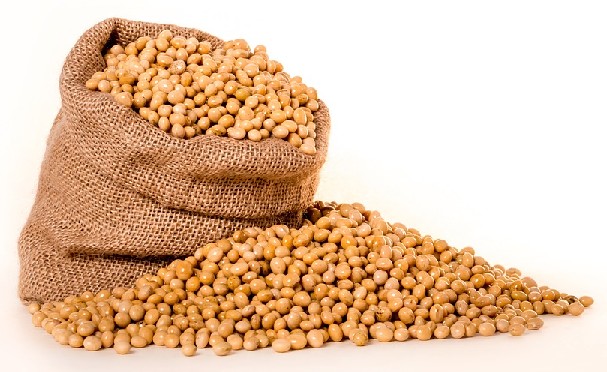 By The Bodybuilder's Cookbook

Discover the potential health and bodybuilding benefits of the soybean.

Do You Know Beans About Soybeans?

In spite of its name, the soybean (Glycine max) is part of the pea family and is a legume -- plants that can take nitrogen and convert it into protein. As far as your health is concerned, that's as valuable as spinning straw into gold!

From Bean to Soy

While the soybean packs a nutritional punch, the way soybeans are processed can alter the levels of some of the potentially beneficial phytochemicals found in soy. Follow the soybean through the different processing methods that produce the soy-based food ingredients in such wide use today.

Soy Around The World

In some places where soyfoods are a staple of people's diets, soy consumption has been linked to a reduced risk of certain chronic diseases.

Soybeans originated centuries ago in the Eastern hemisphere, but today they are grown and consumed all over the globe. Trace the history of the unassuming little soybean.

Mother Nature made the soybean naturally versatile, but modern technology keeps giving you more ways to include soy and soy protein in your daily diet. Get a taste of the many different -- and unexpected -- soyfoods found in grocery and specialty food stores today. Learn about the more common traditional soyfoods available in the marketplace, plus the ingredients found in new soy-based foods.

We've soy-ified the traditional food guide pyramid! Our easy-to-use chart includes tips on making all sorts of soyfoods part of a daily diet that's as good as it is good for you.

While people in Western cultures know soy as a superior source of plant protein, soyfoods have never become the staple of Western diets that they were in the East. But that could be changing.

Soy protein is now recognized as the only complete protein from a plant source. That means soy protein contains all of the essential amino acids that you must get from food. These amino acids are present in just the right balance to meet your body's need for protein. More good news - soy protein is equal in protein quality to animal proteins such as meat, milk, and egg proteins.

The second area of interest involves soy and the effect it could have on the prevalence of several common chronic diseases. These include heart disease and some specific cancers, among others.

Cardiovascular disease (CVD) refers to diseases and conditions that affect your heart and arteries, including heart attack, stroke and high blood pressure. Although CVD is a major cause of death in the United States and most developed countries, not all populations have the same degree of risk.

Researchers began looking for an explanation of the dramatically lower death rates from CVD and certain cancers in Japan when compared with the United States and many other Western countries.

Although there are many differences between East and West, a great deal of interest focused on diet, and specifically soy protein consumption.

On average, Americans consume only 1-3 grams of soy protein a day. The average soy protein intake in Asia, on the other hand, ranges from about 10 grams a day in China to 30-50 grams a day in Japan and Taiwan. As a rule, Asians average consuming 20-50 times more soyfoods than Americans.

However, when Asians migrate to the West, their diets change over time. In one survey, the soyfood intake of Chinese people living in China was 10 - 15 times higher than that of Chinese people in California and Hawaii.

Scientists have noted that the risk of many chronic diseases increases in Asians who move to the West. For example, researchers compared the incidence of breast cancer in Chinese-American and Japanese-American women born in Asia with those born in the United States and with American-born Caucasian women.

They found that, compared with Caucasians, breast cancer risk was about 50% lower in women born in Asia and 25% lower in American-born Asians. Other researchers have noted that as Japanese men move from Japan to parts of the world where prostate cancer is more common, their incidence increases.

There's no direct evidence that the reduced intake of soyfoods in Japanese people who migrate to the West plays a role in their increased risk of chronic diseases. However, dietary changes in general-possibly including soyfood intake in particular-most certainly play a part.

Good bone health throughout life helps prevent osteoporosis - a major cause of disability in later years. Research suggests that consuming soy protein may help protect bones from becoming weak and brittle as you age.

Other potential health benefits of soy protein are currently under investigation. These areas of research include soy protein and diabetes, weight management, and kidney disease. In addition, studies of the antioxidant activities of the bioactive molecules occurring naturally in soy protein cut across several disease states.

Prevention is the key to improved health throughout your life. Diet is an essential element in any program of disease prevention. As scientists work to identify which foods and substances in foods may benefit health and prevent disease, an increasing amount of research attention is focusing on soy protein.