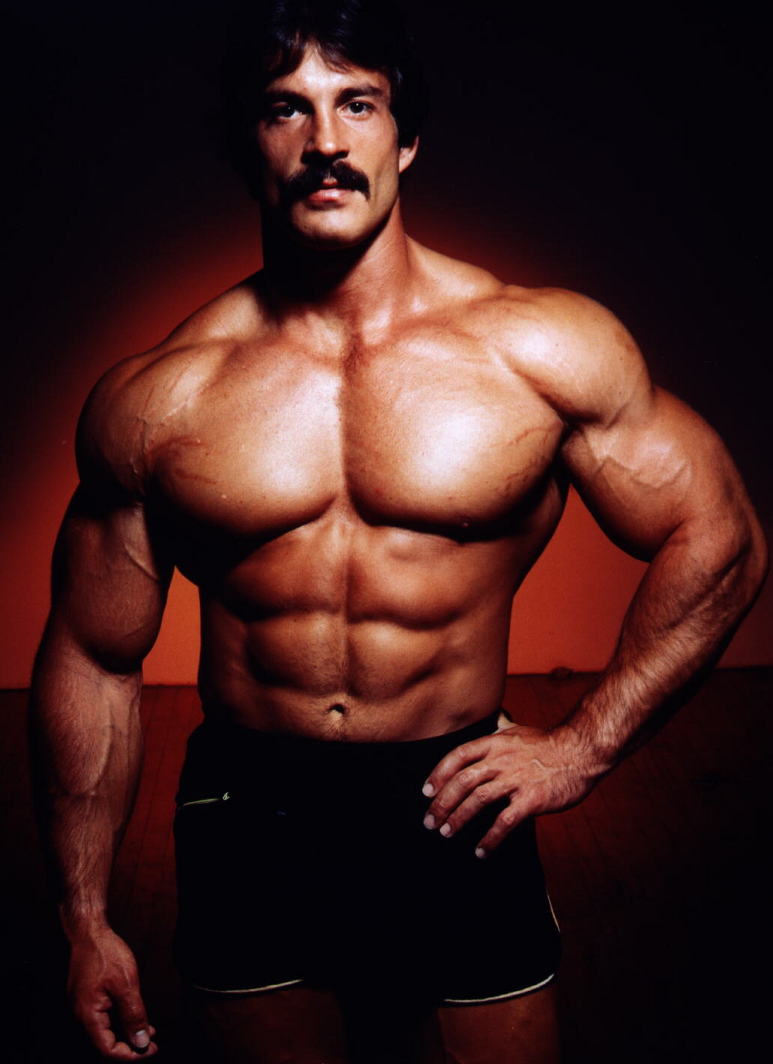 What is was like to be personally trained by the late great bodybuilder Mike Mentzer on the Heavy Duty 2 workout routine.


I first got interested in bodybuilding back in 1978, at that time Mike Mentzer was rocketing up the bodybuilding ranks. He won the 1978 Mr. Universe and became the first bodybuilder in history to get a perfect score from the judges, the next year he placed second to Frank Zane at the Mr. Olympia, some felt Mike should have won that contest. His last contest was the infamous 1980 Mr.Olympia, where Arnold himself came out of retirement, the rumor was that Arnold was tired of hearing Mike say that Heavy Duty was the only way to train, and that by beating Mike he would prove him wrong. Arnold won the contest even though he wasn't in top shape, Mike who was in better shape then the previous year only placed 5th, people yelled "FIX!" and Mike, fed up, retired from competition.

You see Mentzer created quite a lot of commotion with his Heavy Duty training articles. Mike said that all bodybuilders were overtraining and this was slowing down their progress, and while most bodybuilders like Arnold were training for 2 or more hours a day 6 days a week and doing 20 or more sets per body part, Mike was only doing 30 minutes 3 to 4 times a week and only about 5 sets per body part (later he would suggest doing even less, as you will soon see).

But this article is not to prove Mike right or wrong, it's just to share my experience and let you try the routine he put me on.


I was in California in 1999 when Mike was training people in Santa Monica, I was moving in a few weeks and I felt this was my last chance to meet and train with my boyhood hero (I never realized how right I was as Mike passed away a little less then 2 years later).

I called Mike and scheduled an appointment to meet him, I arrived at the gym and when I spotted Mike walking towards me, the first thing I noticed was he looked like he was in pain, I said "Mike, what's wrong with your back?" "Oh, I've had bad back troubles for years." He told me. Many have tried to attack Mike's latest training theories on the fact that Mike himself was in such bad shape in the late 90's, and if all it took was a few sets per workout, then why wasn't he in shape? The truth is he was no longer able to train as hard as he felt he had to, because of his back.

The next thing I noticed was he wan't in shape, but he was not as bad as some made him out to be, his forearms and upper arms were still very big!


My Workouts With Mike Mentzer


He told me he would put me through a leg workout, and the first thing he showed me was the form he wanted me to use on all exercises, this was very slow, about 4 seconds up and 4 seconds down. And if there is resistance in the contracted position, like in the leg extension hold for 2 seconds, this makes the exercise very hard, yet extremely safe, he told me he had trained over 1,000 different people and never was anyone injured in a training session with him.

After a brief warm up, Mike had me do 1 set of painfully slow and heavy Leg Extensions to failure then with no rest a set of Leg Presses to failure. It is quite different having someone there pushing you compared to training alone, Mike would tell me "Ok, you can do more, if there was an earth quake or if your life depended on it you'd get 2 more reps, and if there were ten naked girls watching and waiting you would get 3 more!" I did way more reps then I ever felt I could, and when I really did hit failure he said "Ok, that's enough, that's failure."

One of the questions, I had and you might have is "What did Mike consider failure?", well if you get to a point where you can't complete another full rep on your own, that's failure. No need to do forced reps, etc.

I had only done two sets but my legs were very pumped and I felt a deep growth stimulation in them. He had me take a short rest and then we did calves, most people say they can't get their calves to grow, but I see them bouncing up and down very fast on calf raises. Well try them the way Mentzer made me do them, "SLOW UP, HOLD AT THE TOP, HOLD, RAISE UP HIGHER, HIGHER, HOLD, LOWER SLOW." You do 12 to 20 reps that way and see if you feel a difference.

Believe it or not that was the whole workout!

Mike then took me outside and talked with me for about half an hour and answered any questions I had. He was very polite, even soft spoken, he didn't try to shove his ideas down my throat. He was a very intelligent man. Was he crazy? No. Was he eccentric? Well, a little, for example when we first sat down he was drinking a big cup of coffee and then takes out a pack of cigarettes, "Do you smoke?" He asked. "No." I said., He then lit up, took and huge drag and said "I love it!"

My next workout a few days later was a chest and back workout, again after a brief warm up, He had me do a set of Pec Deck to failure then with no rest a set of Incline Press to failure. We rested a bit then did Close Grip Lat Pulldowns, the first rep was hard, I told Mike, "This is too heavy a weight for me." He said, "No, it's fine you'll get 6 to 8 reps." And to my surprise I did, I knew there was a big difference having someone like Mike pushing me, I was thinking what would happen if I trained with Mike for a while. It was like he read my mind, he said "Man you got a good build already, I wish I could work with you for a few months". Sadly that never h appened because I had to move.

The second workout ended with 1 set of deadlifts, again that was the full workout!

Mike was going out of town and we were planning to do another workout when he got back, but it never happened because our schedules didn't match up. But Mike did write out a full routine for me to follow, I have included it below, in case you want to give it a try.

Some points of importance are:

This article is dedicated to the memory of Mike Mentzer, whether right or wrong he sure made us think.

If you don't have the Mike Mentzer DVD, it's a must have, it's like having Mike as you own personal trainer. Get your Mike Menzer Workout DVD and build the physique you've always wanted with Heavy Duty Training!

If you have any questions about Mike Mentzer's training, diet, etc. please email me info@trulyhuge.com or call me at 1-503-648-1898


In Memory of Mike Mentzer